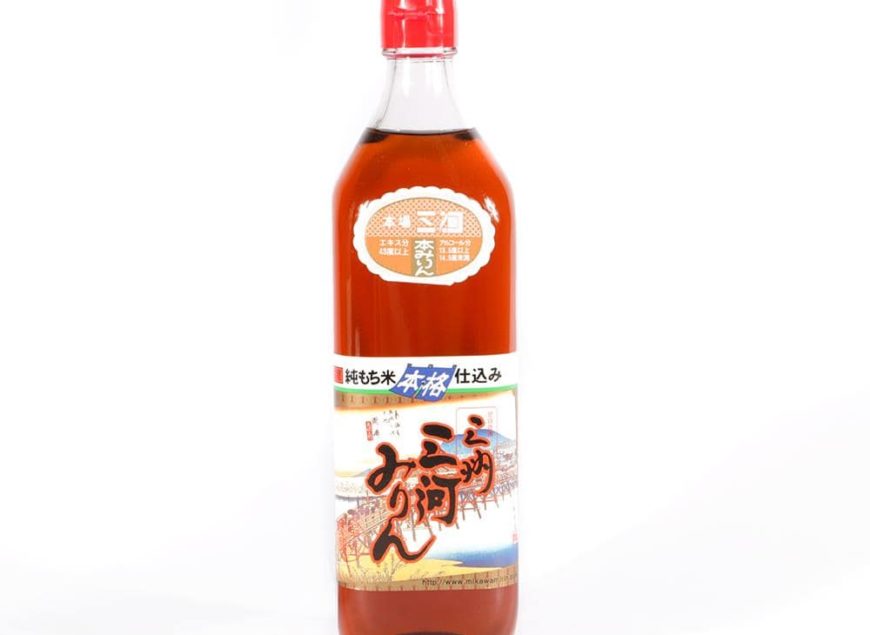 The first generation owner established the brewery in 1910 to produce Mirin and Shochu. Located in Aichi prefecture, Mikawa Jozo today specializes in Mirin and Umeshu (plum liqueur). Their Mirin is made traditionally with just glutinous rice, Koji, and Shochu (made with the rice mash left from making Mirin), and fermented for two years until the alcohol level is around 14%. Even in Japan, most of the Mirin available in the market is Mirin-fu Chomiryou, which is a low alcohol blend of added sugar (such as corn syrup), rice and Koji. Hon-Mirin refers to real Mirin, but even most of the Hon-Mirin available these days are made using modern techniques, with white liquor, some sort of sweetener, and is only fermented for 40-60 days.

You can find out more about which cookies we are using or switch them off in settings.

This website uses cookies so that we can provide you with the best user experience possible. Cookie information is stored in your browser and performs functions such as recognising you when you return to our website and helping our team to understand which sections of the website you find most interesting and useful.

Strictly Necessary Cookie should be enabled at all times so that we can save your preferences for cookie settings.

If you disable this cookie, we will not be able to save your preferences. This means that every time you visit this website you will need to enable or disable cookies again.